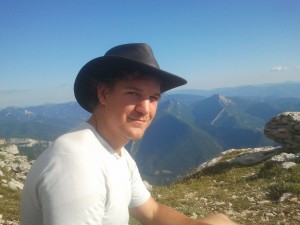 Bradon Smith is a Research Associate at The Open University and the University of Bath, with interests in the representation of climate change in contemporary literature. His doctoral research looked at contemporary popular science writing and representations of science in contemporary British fiction and drama. From 2007-2010 he co-convened the Cultures of Climate Change research group at CRASSH, University of Cambridge. Since then, he has held positions at the Open University, the University of Edinburgh and as an AHRC Knowledge Placement Fellow at the Department for Culture, Media and Sport (DCMS). He is currently working on the AHRC funded Stories of Change project, a part of the across-council Connected Communities theme.